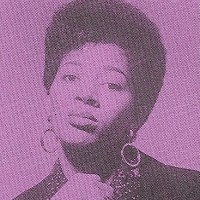 Mama!….hilarious, horrifying and moving, in turn, is the first novel of Terry McMillan. She zeroes in on the poverty, economic, cultural and spiritual, which stamp the lives of her unforgettable characters. McMillan was featured in Esquire Magazine, July 1988 Literature Issue, alongside Norman Mailer, Philip Roth and Joseph Heller. Her new novel, Men With Good Hands, was excerpted in that same issue.