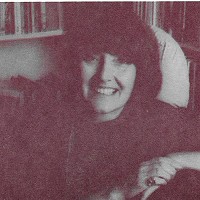 Diane Wood Middlebrook, poet, literary critic and professor of English at Stanford University, chronicles with sensitivity and compassion the metamorphosis of a poorly educated “mad housewife” into a Pulitzer Prize-winning poet in her resently released book, Anne Sexton: A Biography. Among Middlebrook’s other publications are Selected Poems of Anne Sexton, edited with Diana George, and a collection of her own poetry, Gin Considered as a Demon.